If your business is looking for specialist equipment, there are several things that you need to consider before purchasing. These attributes should be the building blocks for a reputable and reliable partner. They will help your organization flourish as the best in the market.

No one likes to think of the business they have worked so hard to build up being at risk, but savvy small business owners know that it’s a good idea to pay attention to detail when it comes to the security of their premises.

Dropshipping is a popular eCommerce fulfillment model that allows online retailers to market and sell products to customers, with third-party suppliers fulfilling the orders. As a result, the retailer does not need to store, handle, or deliver any of the products to the customer.

Comment0 | Share | Tweet | Share | Pin It | print | email
This article has been written by Artur Meyster. Artur is the CTO of Career Karma (YC W19), an online marketplace that matches career switchers with coding bootcamps. He is also the host of the Breaking Into Startups podcast, which features people with non-traditional backgrounds who broke into tech.

The term Artificial Intelligence is thrown around a lot these days. But, far too often it is a misnomer, whether intentionally or due to ignorance. While it is used as a bit of a catch-all phrase, it is important to know the difference between technologies that sound alike, but are not.

While 2020 has become an understandable wasteland as far as business conventions go, you can be sure that when we’re back in the swing of things, said events are going to come back with a bang. This means that this year is the perfect time to start planning for an excellent return and to totally ‘wow’ the visitors this time.

For many people in the UK and Europe, it was a sad day when the majority of British voters opted for leaving the European Union. Despite the doom and gloom touted by much of the media, life still goes on for the British people and their businesses.

Get Your Free Book Here

Subscribe to my newsletter and get a FREE copy of my book The Productive Self, along with proven approaches, case studies, exclusive content, valuable tools, and giveaways in your inbox.

[FREE COURCE] Do you know your Niche Market?

This is a small free course for helping you define with ease your target market. It is a small course for entrepreneurs, business owners and freelancers want to learn more about their niche market and connect effectively with the people matter most to their business.

My Latest Book on Amazon 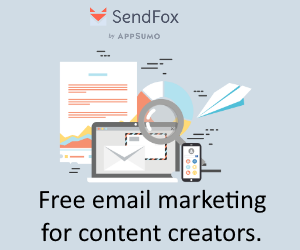