This article has been written by Amanda Peterson. Amanda is a contributor to Enlightened Digital and software engineer from the one, the only New York City. When she is not trying to find the best record store in the city, you can find her curling up to watch some Netflix with her Puggle, Hendrix.

These are all questions you’ve likely heard or even asked yourself. As a matter of fact, you’re probably using the cloud right now, even if you don’t realize it. If you’ve ever edited a document, sent an email, streamed a television show or listened to music, it was likely made possible by cloud computing.

“The cloud” is one of the most popular buzzwords thrown around in the modern tech world, but quite unlike the fluffy white figures in the sky, this “cloud” is very different It refers to a network of computers that store and process information.

Over the past decade, more and more technology has been moved to the cloud, and a wide spectrum of businesses have learned how to embrace its many functions.

Though the idea of computing over a network originated in the 1960s, the first use of the term “cloud computing” is credited to former Google CEO Eric Schmidt in 2006, who stated that data services and architecture should be located “on a cloud somewhere.”

Cloud computing is expected to shape the lives of both consumers and businesses and will open the world to new jobs, services, platforms, and applications.

As only 55 percent of organizations currently use the cloud, it can be expected that the adoption and integration of the cloud will be maximized in the coming years.

If you’ve yet to read up on the cloud and learn about its benefits for your business, it’s time that you did.

What is the Cloud?

Essentially, the cloud is a network of software and services that run on the internet instead of locally on a computer.

Though the cloud isn’t a physical entity, it comprises a vast network of remote servers located around the world, that are able to operate as a single ecosystem.

Often referred to as the cloud computing stack, these options describe the tasks and responsibilities users receive from their cloud provider.

Cloud computing services can be deployed both publicly and privately.

Though public and private clouds are similar in principle, the major difference between them is rooted in their accessibility.

Public clouds are owned and maintained by third-party service providers and allow users to access computing resources like servers and storage over the internet.

Enterprises and individuals who utilize the cloud for storage of non-sensitive content, online document collaboration and webmail are most likely to select a public cloud so that they may have rapid access to affordable cloud services, without needing to purchase hardware, software or supporting infrastructure.

On the other hand, private clouds are used exclusively by one sole business or organization, as they are oftentimes located at the company’s on-premise data center.

Private clouds offer the many benefits of public clouds with the additional control and customization provided by the on-premise infrastructure.

Unlike public clouds, the company who owns the network is responsible for the costs and management of the private cloud.

Staffing, management, and maintenance costs are assumed by the organization itself, rather than outsourcing those costs to a third party.

Benefits of the Cloud for Small Businesses

Cloud computing is ideal for small businesses, as it gives these organizations access to technologies that were previously out of reach.

Not only does the cloud allow team members to effectively collaborate, but also has shown to minimize costs, adjust to growth and work alongside necessary business functions.

Because the cloud operates through the internet, it enables users to access programs and data anywhere with an internet connection.

Whether at the office or working from home, you can analyze the same reports and use the same applications.

Rather than sending files back and forth over email or exchanging information through lengthy phone calls, team members can collaboratively update shared files in real time.

Access to cloud systems is typically offered on a per-month, per-user basis, which limits your investment on the front-end and allows you to only pay for the resources you use.

Aside from eliminating the high cost of hardware, users can enjoy a subscription-based model that’s much kinder to cash flow.

In addition, you no longer have to pay someone (or even an entire team) to install and update software and servers, or run backups.

With cloud computing, the requirement to maintain the service or application is at the responsibility of the cloud provider.

As your small business continues to grow, so will your cloud computing system.

As operations grow in scale, a cloud-based system can adjust and expand to fit your business’s needs.

When growing your company, adding a new system for each new business area can create conflicts with your existing services and slow your progress.

As a cloud-computing company, NetSuite advises, “If neglected, [scalability] will come back to haunt you when your company’s success overloads with high transaction volumes.”

Small businesses can take advantage of many specialized cloud services that can integrate with back-end operations, like human resources and accounting.

These integrations are simple adjustments that streamline the day-to-day tasks of small business leaders and allow them to focus on more critical areas of the business.

Incorporating cloud computing into your small business now is not only beneficial today, but will become necessary in the future.

With thousands of businesses moving operations to the cloud, it’s evident that cloud computing will become an integral component of business management more quickly than you might imagine.

Question: Have you moved your business to the cloud? How has it transformed the way you do business? You can leave a comment by clicking here.

Contributing author is a collective account reserved for all the guest authors of this site.

Categories: Business, Small Business, Systems, Technology
Disclosure of Material Connection: Some of the links in the post above are “affiliate links.” This means if you click on the link and purchase the item, I will receive an affiliate commission. Regardless, I only recommend products or services I use personally and believe will add value to my readers. I am disclosing this in accordance with the Federal Trade Commission’s 16 CFR, Part 255: “Guides Concerning the Use of Endorsements and Testimonials in Advertising.”

Please note: I reserve the right to delete comments that are offensive or off-topic.

Subscribe to my newsletter and get a FREE copy of The Productive Self eBook along with proven approaches, case studies, exclusive content, valuable tools, resources, and giveaways directly from Takis to your inbox.

Do You Need Any Help? 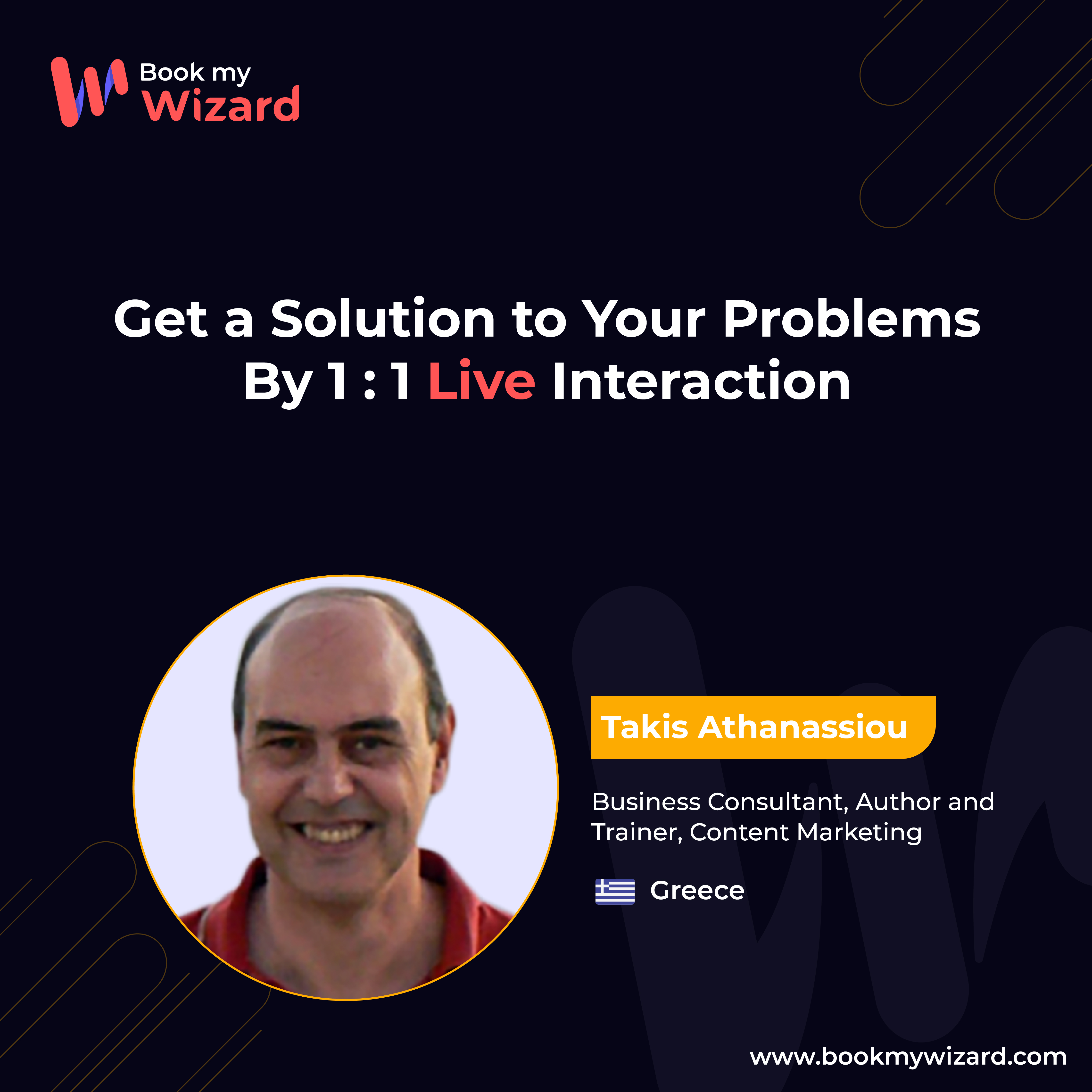 [FREE COURCE] Do You Know Your Niche Market?

This is a small free course to help you define with ease your target market. It is a small course for entrepreneurs, business owners and freelancers who want to learn more about their niche market and connect effectively with the people who matter most to their business. Learn more >>>

Would You Care for A More Balanced Life?

Please check my latest book about the modern lifestyle here!